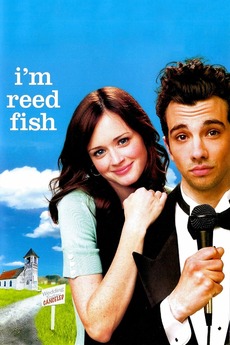 Reed Fish's life turns into chaos when a high school crush returns on the eve of his marriage to the small town's sweetheart.

When an old high school crush returns to his small hometown, Reed Fish's once simple, calculated life begins to unravel. A drunken incident prompts Reed's fiancee (Alexis Bledel) and the entire town to turn against him. This one-of-a-kind hilariously clever comedy features an up and coming ensemble cast and an unforgettably captivating original soundtrack.

2001 - A Film Odyssey through all the Ages, Countries and Genres including the Strange and the Weird, the Underrated and Unknown, the Classics and celebrated Cineastic Masterpieces plus Independent Gems all ranked from the Top to Bottom

2001 - A Film Odyssey through all the Ages, Countries and Genres including the Strange and the Weird, the Underrated…

Movies I've watched that have <500 views on Letterboxd (at the time I add them to the list).