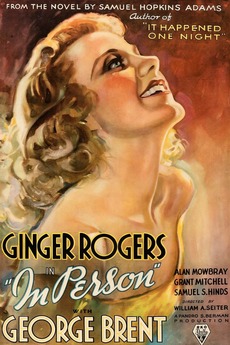 1935 Directed by William A. Seiter

Carol Corliss, a beautiful movie star so insecure about her celebrity that she goes around in disguise, meets a rugged outdoorsman who is unaffected by her star status.

Psychopathology and the Cinema

A list of movies related to mental illness, curated by my abnormal psychology professor.

Read the notes to see under…

Films Discussed in "From Reverence to Rape: The Treatment of Women in the Movies" ( 2nd edition) by Molly Haskell

Listed in the order in which they appear in the text.

I fell into a very deep depression over the summer. At the height of it, I retreated to my parents'…

(PLEASE READ DESCRIPTION TO UNDERSTAND WHAT THIS IS.) Thought to be lost forever, here it is online for the first…