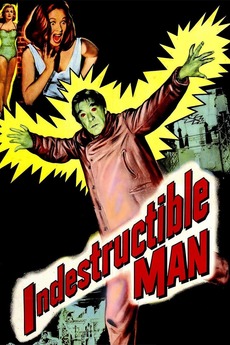 A scientific experiment involving subjecting a corpse to an extreme charge of electricity accidentally revives an executed criminal and makes him impervious to harm, allowing him to seek revenge on his former partners, and deal similarly with anyone else who gets in his way.