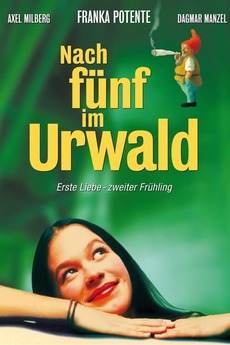 It's a Jungle Out There
JustWatch

It's a Jungle Out There

Anna, 17 years old, is happy to throw her first big birthday party without her parents, but some of her guests are so stoned that they leave a big chaos and, even worse, destroy the favorite record of Anna's father. After the return of her shocked and angry parents, Anna runs away to Munich with her admirer Simon. They discover the nightlife jungle and get to know some typical urban guys. Meanwhile, Anna's parents get in touch with Simon's and try to find their children. On the way across Munich, they remember their own wild and restless youth…

My favorite movies of all time, includes all genres. But only movies with five or at least four stars.

when germany is surprising

german speaking movies which are worth watching (any kind of genre)

I will Kill You Wolf 1971  Dir: Wolfgang Peterson

The plants are watching aka The Kirlian Witness 1979 Dir: Jonathan…