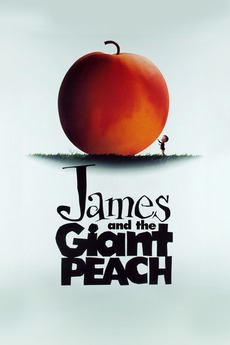 James and the Giant Peach
JustWatch

James and the Giant Peach

When the young orphan boy James spills a magic bag of crocodile tongues, he finds himself in possession of a giant peach that flies him away to strange lands.