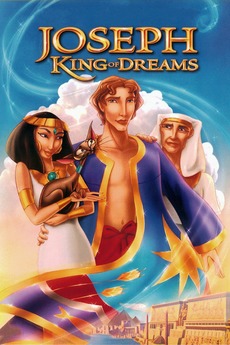 In this animated retelling of the story from the Bible's Book of Genesis, Joseph's gift of dream interpretation and his brilliantly colored coat inspires jealousy in his brothers.

All Animated Movies I've seen ranked from best to worst. Coming up Next: Summer Wars 5 Centimeter per Second All…

The House of Mouse, Rat, Ogre and Minion - The Animated Films of Disney ('89+), Pixar, DreamWorks and Illumination 1989-2019 Watchthrough RANKED

Because I'm an idiot.

This is just my opinion. If you have a different opinion on these movies, that is totally okay. I am…

Every Film I've Ever Seen, Ranked

This list is constantly updated. Every time I watch a movie, I add it to the list, that's why it's…

All the Dreamworks films I have seen ranked