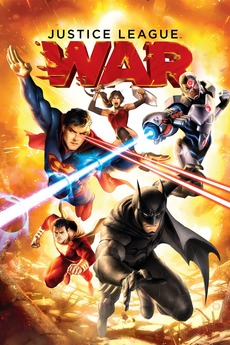 A time when heroes became legends.

The world is under attack by an alien armada led by the powerful Apokoliptian, Darkseid. A group of superheroes consisting of Superman, Batman, Wonder Woman, The Flash, Green Lantern, Cyborg, and Shazam must set aside their differences and gather together to defend Earth.

(UPDATED: DECEMBER 3, 2020) Here's a complete listing of films streaming on HBO Max. I'll do my best to keep…

Films based on DC comics.

This is an unranked list of animated films based on DC comics or featuring characters from DC comics.