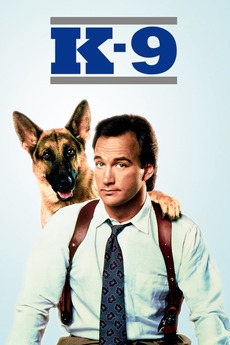 Meet the two toughest cops in town. One's just a little smarter than the other!

The extravagant cop Michael Dooley needs some help to fight a drug dealer who has tried to kill him. A "friend" gives him a dog named Jerry Lee (Officer Lewis), who has been trained to smell drugs. With his help, Dooley sets out to put his enemy behind the bars, but Jerry Lee has a personality of his own and works only when he wants to. On the other hand, the dog is quite good at destroying Dooley's car, house and sex-life...

Daily Quiz 2,000: Can you complete this crossword whose highlighted answers share a Disney canine theme?

Scoring closed for this quiz.

Can you complete this crossword whose highlighted answers share a Disney canine theme?

USA Up All Night

All the comedy movies I love. Romantic or not.

Movies that feature dogs. The dogs don't need to have a name or be the protagonist's pet, but no dogs…