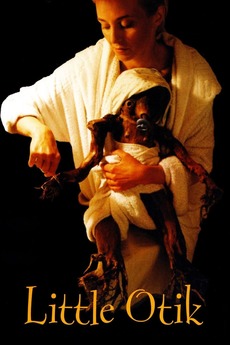 When a childless couple learn that they cannot have children, it causes great distress. To ease his wife's pain, the man finds a piece of root in the backyard and chops it and varnishes it into the shape of a child. However the woman takes the root as her baby and starts to pretend that it is real.