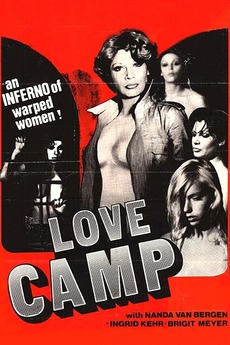 An inferno of warped women!

A group of women are kidnapped by guerrillas and brought to a jungle brothel where they are forced to work as prostitutes for the soldiers. Those who refuse to cooperate are decapitated by the cruel, sadistic wardress of the camp, who is privately interested in some of the women herself.

PURE SLEAZE: The Dirty, The Sweaty, and The Nasty