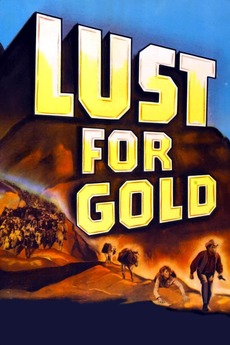 Ruthless Fortune Seekers Who Will Stop at Nothing...

A man determined to track down the fabled Arizona gold mine known as The Lost Dutchman has an affair with a married treasure hunter, whose pursuit of the mine has lead her to double-cross her husband.

I'm using the broadest, most inclusive definition of film noir.