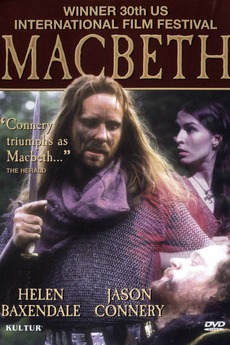 In eleventh century Scotland, three witches foretell that Macbeth will become King, while Banquo will beget Kings. Macbeth accordingly has King Duncan slain, and is duly crowned in his place. But that's where his problems really begin...