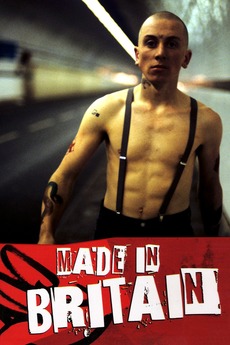 Made in Britain
JustWatch

Trevor is an angry young man.

Trevor sometimes-violent skinhead with no regard for authority, and would rather spend his time stealing cars than sitting in the detention centre to which he is sent. His social worker, Harry Parker, tries to do his best, but Trevor is only interested when there’s something that he can get out of it. The authorities within the centre try to make Trevor conform to the norms of society, but he takes no notice, and would rather speak in a torrent of four-letter words and racial abuse.

Tales Out of School: Made in Britain, Сделано в Британии