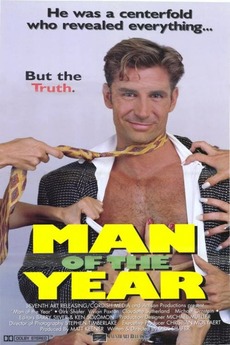 Man of the Year
JustWatch

Man of the Year

He as a centerfold who revealed everything ... but the truth.

First-time director Dirk Shafer also penned this raucous "mockumentary," a blend of fact and fiction that re-creates his 1992 reign as Playgirl magazine's Centerfold of the Year. When Shafer chooses to keep the fact that he's gay a secret from the magazine's editors, he finds himself living the ultimate lie -- and incapable of giving female readers what they really want. Will he succumb to his lover's pressures to come out of the closet?

basically an anthology of classic queer cinema. you're welcome.

I tried to exclude found-footage horror movies and mondo films, which are sometimes also clumped in with mockumentaries.

This list tries to include all mockumentaries ever made. Suggestions are welcome!!

The Ultimate Guide to Lesbian & Gay Film and Video

Films from Jenni Olson's 1996 The Ultimate Guide to Lesbian & Gay Film and Video.