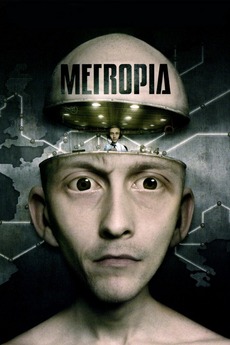 Someone is listening to your thoughts

In the near future, oil reserves are nearly depleted and Europe is connected by series of underground tunnels. While navigating these tunnels, Roger hears voices, one in particular. Seeking a way to rid himself of the voice only leads Roger deeper into a bizarre conspiracy of control - mind and body.

Excluding films based on anime TV series and the DC Universe series, which are so prominent that they would almost…

This is work in progress.

Cinema of the Strange

My animation aspiration - An evergrowing list of interesting animated films