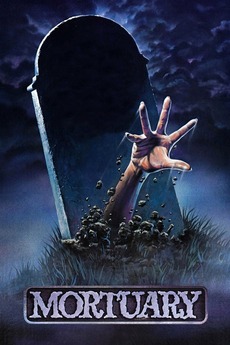 ... where nobody rests in peace.

Christie Parson has constant nightmares of her father's death whom died in a swimming pool. Christie's mother thinks it was an accident, but Christie believes in was murder. Christie then see's an unknown figure dressed in a cape following her and harassing her. But still nobody believes her, until her boyfriend sees the figure himself. The figure hides in the town mortuary which is owned by Hank Andrews and his demented son, Paul and both are trying to form rituals to bring back Dr. Parson's spirit. But who is this figure and why is he harassing Christie?