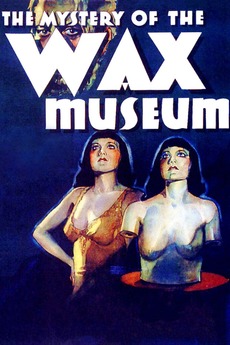 Mystery of the Wax Museum
JustWatch

Mystery of the Wax Museum

Images of Wax That Throbbed with Human Passion!.....Almost Woman! What Did They Lack?

Sculptor Ivan Igor struggles in vain to prevent his partner from burning his wax museum, and his "children". Years later, Igor starts a new museum in New York, but his maimed hands confine him to directing lesser artists. People begin disappearing; Igor takes a sinister interest in Charlotte, fiancée of his assistant Ralph, but arouses the suspicions of roommate, wisecracking reporter Florence.

I must confess, I wouldn’t be as much of a movie fan as I am now if it weren’t for…