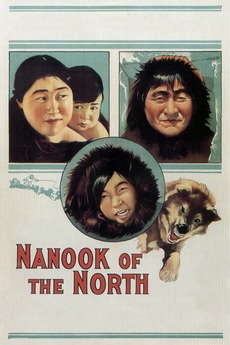 Nanook of the North

A story of life and love in the actual Arctic.

This pioneering documentary film depicts the lives of the indigenous Inuit people of Canada's northern Quebec region. Although the production contains some fictional elements, it vividly shows how its resourceful subjects survive in such a harsh climate, revealing how they construct their igloo homes and find food by hunting and fishing. The film also captures the beautiful, if unforgiving, frozen landscape of the Great White North, far removed from conventional civilization.