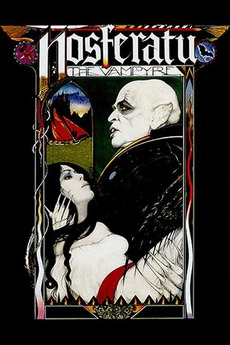 Nosferatu… he who is doomed to wander alone in darkness

Jonathan Harker, a real state agent, goes to Transylvania to visit the mysterious Count Dracula and formalize the purchase of a property in Wismar. Once Jonathan is caught under his evil spell, Dracula travels to Wismar where he meets the beautiful Lucy, Jonathan's wife, while a plague spreads through the town, now ruled by death.