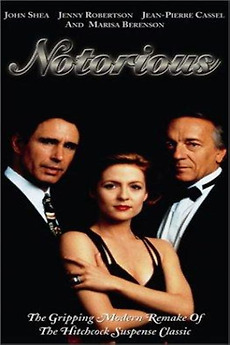 The gripping modern remake of the Hitchcock suspense classic.

After Alicia Velorus' father is convicted as a communist spy, CIA asks her to prove her loyalty by getting close to her father's friend, who's a suspected arms dealer. In the meantime she and her CIA contact Devlin fall in love.

Attempt at a complete list of Lifetime movies (work in progress).

The few follies at remaking or readapting works previously made by Hitchcock with their originals. Haven't seen many, but I…

Have yet to find a thorough list of remakes here so I'm making my own. Includes reboots and adaptations of…