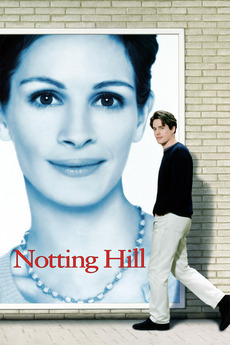 Can the most famous film star in the world fall for the man on the street?

William Thacker is a London bookstore owner whose humdrum existence is thrown into romantic turmoil when famous American actress Anna Scott appears in his shop. A chance encounter over spilled orange juice leads to a kiss that blossoms into a full-blown affair. As the average bloke and glamorous movie star draw closer and closer together, they struggle to reconcile their radically different lifestyles in the name of love.