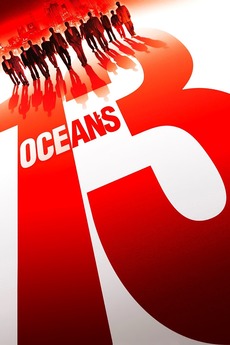 What are the odds of getting even? 13 to one.

Danny Ocean's team of criminals are back and composing a plan more personal than ever. When ruthless casino owner Willy Bank doublecrosses Reuben Tishkoff, causing a heart attack, Danny Ocean vows that he and his team will do anything to bring down Willy Bank along with everything he's got. Even if it means asking for help from an enemy.

ur a smart person and u wanna watch a fun film that won't kill braincells. blockbusters can be good too!