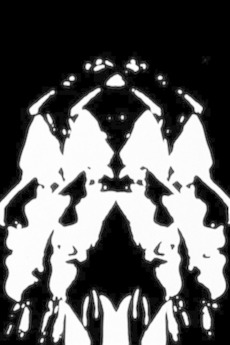 The human eye, the human form, the human face: these are the three central images of this avant-garde collage and kaleidoscope of shifting and fractured images, changing colors, and pulsing rhythms. Near the end, a tree appears briefly, and birds fly - first white, then red and blue. Celtic knots morph from one to another. The images become Rorschach tests although the mood, driven by the rapid changing images and the soundtrack, remains frantic.