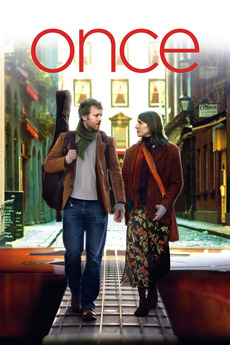 How often do you find the right person?

A vacuum repairman moonlights as a street musician and hopes for his big break. One day a Czech immigrant, who earns a living selling flowers, approaches him with the news that she is also an aspiring singer-songwriter. The pair decide to collaborate, and the songs that they compose reflect the story of their blossoming love.

movies without a strong plot where it's mostly just characters wandering around, talking and living life. recommendations welcomed as always…