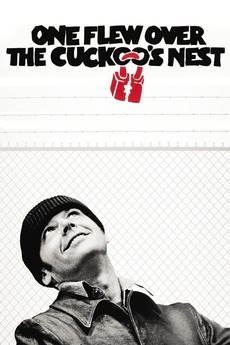 One Flew Over the Cuckoo's Nest
JustWatch

One Flew Over the Cuckoo's Nest

If he's crazy, what does that make you?

While serving time for insanity at a state mental hospital, implacable rabble-rouser, Randle Patrick McMurphy, inspires his fellow patients to rebel against the authoritarian rule of head nurse, Mildred Ratched.