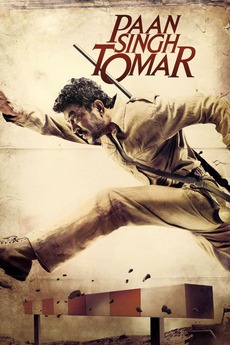 Paan Singh Tomar (Hindi: पान सिंह तोमर) is an Indian biographical film, based on the true story of an athlete Paan Singh Tomar employed by the Indian Army and who won a gold medal at Indian National Games, but was forced to become a notorious bandit .

A list for people whose only idea of Indian cinema is a 90s Shah Rukh Khan or 50s Satyajit Ray.…

250 top rated Indian movies. Includes movies from Bollywood and other regional industries. The list will be updated weekly.

IN PROGRESS You can give suggestion if you want. The movies will limited film to language that that used in…

Many, many people are recommending Indian films of all languages on a Quora post I answered. Someone asked if anyone…

Bollywood movies which are actually worth your time and attention.

Clocking up almost a decade now. Assuming I will soon run out of films to watch. (For the stats people…