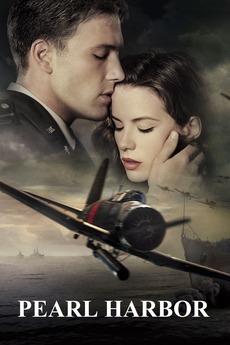 It takes a moment to change history. It takes love to change lives.

The lifelong friendship between Rafe McCawley and Danny Walker is put to the ultimate test when the two ace fighter pilots become entangled in a love triangle with beautiful Naval nurse Evelyn Johnson. But the rivalry between the friends-turned-foes is immediately put on hold when they find themselves at the center of Japan's devastating attack on Pearl Harbor on Dec. 7, 1941.

this list is silly. but true. the posters look the same to us poor-sighted individuals.

i'm aware some of these…