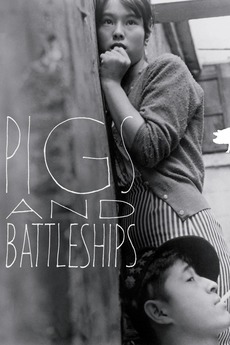 In the city of Yokosuka, Kinta and his lover Haruko, both involved with yakuza, brave the post-occupation period with a goal to be together.

I asked my followers for Japanese film recs, these are the ones that I received (I didn’t add obvious ones…