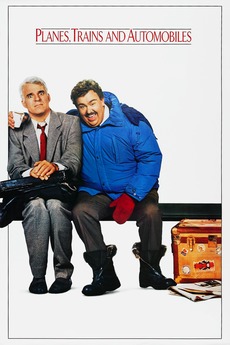 What he really wanted was to spend Thanksgiving with his family. What he got was three days with the turkey.

A man must struggle to travel home for Thanksgiving, with an obnoxious slob of a shower ring salesman his only companion.

All Filmspotting Madness 2021 titles including play-ins.

The Bracket Challenge is now live!

-Make your predictions here. -Vote for your…