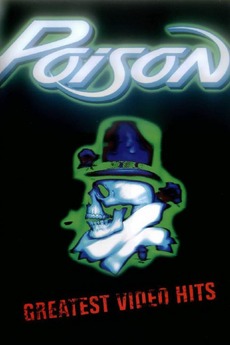 The DVD consists of the first two Poison video releases

Poison Greatest Video Hits is the fifth DVD/video from the rock band Poison, released in 2001. The DVD was released following the Poison album Power to the People and features every Poison music video up to this point including the latest video, the album titled track "Power to the People" . Every Poison album featured music videos up to this point except for the album Crack a Smile...and More!. The DVD consists of the first two Poison video releases "Sight for Sore Ears" and "Flesh, Blood, & Videotape" (which have not been released on DVD) and also features behind the scenes footage, in depth interviews, various clips and music videos from 'Swallow This Live', 'Native Tongue' and 'Power to the People' albums. The DVD received US Gold certification in 2003.

More at TMDb Report this film