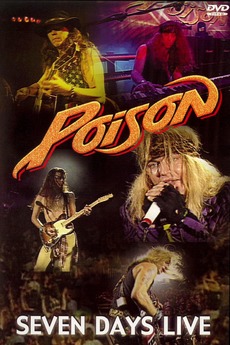 Seven Days Live is the fourth video/DVD album from the rock band Poison, featuring a live concert from the Native Tongue world tour in 1993, in support of the fourth Poison studio album Native Tongue, which was certified Gold by the RIAA on April 21, 1993.[2] It was originally released on VHS in 1993 and then on DVD in 2006. It was also released as Poison Live In Concert with a different cover in 2003.