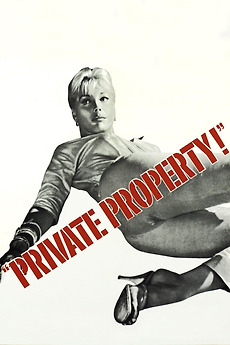 The boldest story of a planned seduction ever to scald the screen!

A hoodlum (Corey Allen) plots to seduce a lonely housewife (Kate Manx) and turn her over to his virginal friend (Warren Oates).