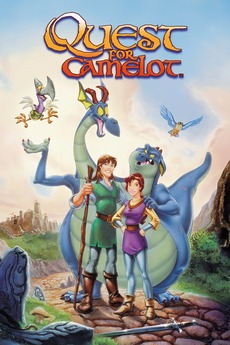 During the times of King Arthur, Kayley is a brave girl who dreams of following her late father as a Knight of the Round Table. The evil Ruber wants to invade Camelot and take the throne of King Arthur, and Kayley has to stop him.