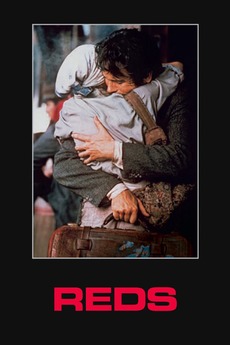 An account of the revolutionary years of the legendary American journalist John Reed (1887-1920), who shared his adventurous professional life with his radical commitment to the socialist revolution in Russia, his dream of spreading its principles among the members of the American working class, and his troubled romantic relationship with the writer Louise Bryant (1885-1936).