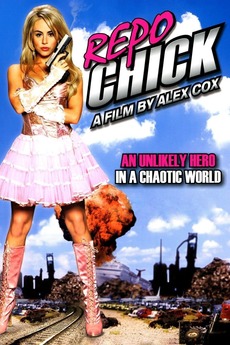 An unlikely hero in a chaotic world.

As a repo chick, wealthy bad-girl Pixxi and her entourage get mixed up in a devious kidnapping plot that threatens to wipe out the city of Los Angeles. Sequel to Alex Cox's 1984 cult film 'Repo Man.'

My previous long time YouTube account got unjustly permanently suspended (for no discernible reason whatsoever).  I had to start…

ARMED AND FEMALE - Women with Firearms

* refers only to the poster artwork