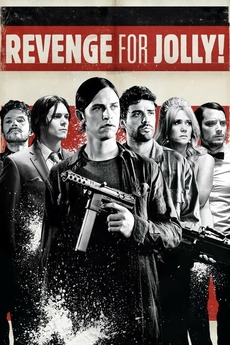 Harry is having a very, very bad day. He returns home from an all-night drinking binge with his cousin Cecil, to discover that his little dog Jolly...Harry's one true love and the source of light in his dark, solitary life-has been murdered. Brokenhearted and beyond consolation, he vows to track down the dog's murderer at any cost. Armed with a stockpile of firepower in the trunk of his car, he and Cecil embark on a frenzied, alcohol-fueled wild-goose chase, leaving a bloody path of destruction in their wake.

"Exploitation basically means there is an element you can exploit. Whether it is nudity or sex or violence or a…

How to be a man on a movie poster: Hold a gun and look tough.

Holy shit, I own all of these?

oscar isaac films ranked by how good his hair looks