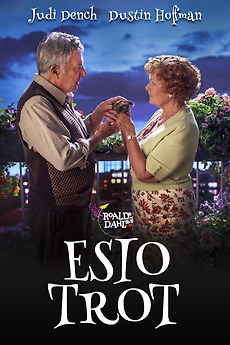 A retired bachelor has a thing for his neighbor who only shows affection to her pet tortoise.

Mr. Hoppy is a shy old man who lives alone in an apartment building. For many years, he has been secretly in love with Mrs. Silver, a woman who lives below him. Mr. Hoppy frequently leans over his balcony and exchanges polite conversation with Mrs. Silver, but he is too shy to disclose how he feels. Mr. Hoppy longs to express his feelings to Mrs. Silver, but he can never bring his lips to form the words. Mrs. Silver has a small pet tortoise, Alfie, whom she loves very much. One morning, Mrs. Silver mentions to Mr. Hoppy that even though she has had Alfie for many years, her pet has only grown a tiny bit and has gained only 3 ounces in weight. She confesses that she wishes she knew of some way to make her little Alfie grown into a larger, more dignified tortoise. Mr. Hoppy suddenly thinks of a way to give Mrs. Silver her wish and win her affection.

why did i start this

Oh god, keeping this thing updated is gonna be a nightmare, even if I'm restricting it to the pre-Disney+ shows.…

every film i've ever watched directed by a woman