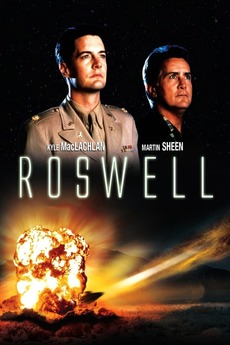 The Pentagon denied it was a UFO. But one man knew better, because he was there.

Based on the book "UFO Crash at Roswell" by Kevin Randle and Donald Schmitt, Roswell follows the attempts of Major Jesse Marcel to discover the truth about strange debris found on a local rancher's field in July of 1947. Told by his superiors that what he has found is nothing more than a downed weather balloon, Marcel maintains his military duty until the weight of the truth, however out of this world it may be, forces him to piece together what really occurred.

The Most Comprehensive List of Films Sold, Distributed and Released Through Umbrella Entertainment Australia

Note: I apologise if this list is spamming LB. I am just trying to create a comprehensive database of films…

How I Met Your Mother References

Every Movie I've Ever Seen - A Work In Progress

I love movies, pretty much all movies in one way or another.

I've been watching movies for over 60 years…