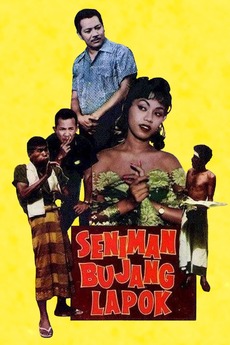 The film tells the story of the happy-go-crazy trio Ramli, Aziz and Sudin, and their daily problems living in a crowded boarding house. Jobless and penniless, they decide to try their luck as movie stars. They are told by the studio manager that they will be given a break if they can prove their talent at a screen test. Sudin gets into his antics which catches the attention of the studio manager. Will show biz fame change them in any way?