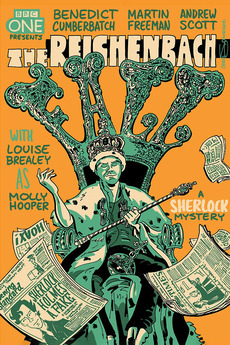 A New Sleuth for the 21st Century

Jim Moriarty hatches a mad scheme to turn the whole city against Sherlock.

Thank you for your recommendations. It was very nice of you so I thought I’d do the same.

Fourth Wall is an imaginary wall that separates the audience from the action of a stage play or film, which…

A list of every Sherlock Holmes film I can find. I'm pretty sure there are others. Missing from Letterboxd are…

Finally someone added the best series I've ever seen to letterboxd! Ranked which episode I liked most although I really…

Fellas is it gay to have homoerotic subtext

I take recommendations of films to add to the list if you'd like to leave them in the comments. Constantly…

Movies that destroyed me, in which I replied by saying to them love me

I will not subject myself to giving this list a description...

(In no particular order)