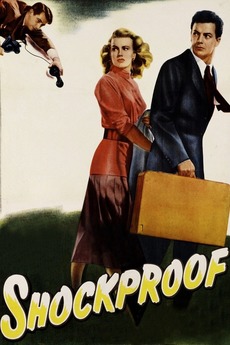 He thought he was shockproof!

Jenny Marsh is a hard-luck dame who's just finished five years in the slammer for killing a man. Jenny's not exactly the murdering type -- she did the deed while defending her jailbird lover, Harry, which is probably one reason she's attracted the attention of her parole officer, Griff Marat. In fact, Griff is so taken with Jenny that he gets her a job caring for his ailing mother, but although Jenny tries to fly right, she's not yet over Harry.