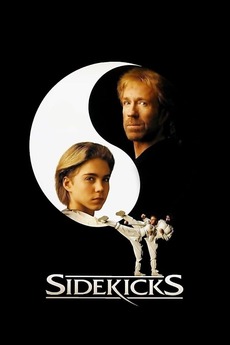 A dreamer and a champion. An unbeatable team...Until his hero stepped out of his fantasies to fight at his side.

Barry is an asthmatic kid having trouble in life. He lives with his father, a computer programmer, in Texas. Barry is struggling to get by in life, dealing with his rough school life, bullies, as well as his health. Barry's only source of enjoyment is fantasizing that he is with Chuck Norris. Barry becomes sick of getting picked on by the bigger guys, and decides to learn karate.