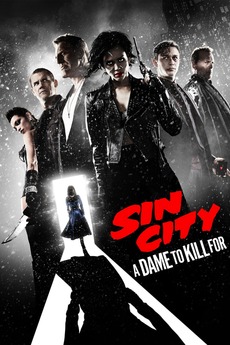 Sin City: A Dame to Kill For
JustWatch

Sin City: A Dame to Kill For

There is no justice without sin.

Some of Sin City's most hard-boiled citizens cross paths with a few of its more reviled inhabitants.