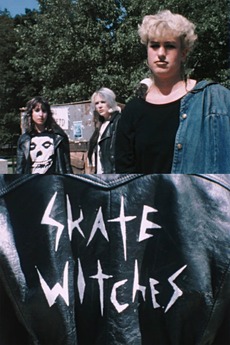 Punk rock auteur, Danny Plotnick shot his YouTube classic “Skate Witches” in one afternoon in 1986 on Super 8 film at a cost of $60. In it, a group of teenage female skatepunks (and their pet rats) terrorize boy skaters. (Dangerous Minds)