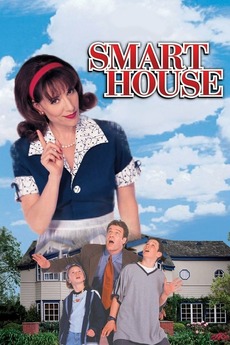 Where the computer at home has an opinions of her own.

Ben Cooper and his family struggling to get a grip on household chores, school and work. Ben is the family caretaker. So when Ben sees that a Smart House is being given away, he enters the competition as often as he can. The family wins the house (named Pat). After moving in Pat's personality begins to radically change, the family starts to resent her.

UPDATE. Over the next month, resources for finding these films will be added in the notes. As we approach 2021,…

The Walt Disney Company, commonly known as Disney, is an American diversified multinational mass media corporation headquartered at the Walt…

(NOTE: Some are not yet on the service, but are slated to be, therefore appearing on this list.…

trying to weave it all together. AlwaysSunnyConspiracy.jpg

an ongoing investigation with my friend Dan

If you want to spend an amazing afternoon in the couch, these are your movies :)

the movies that made me

childhood in a bottle: endless rewatches, worn out and scratched up dvds and old vhs tapes that i still have.…