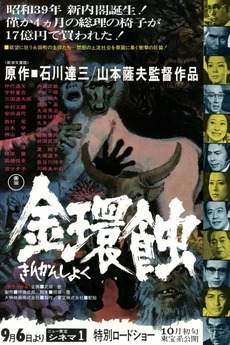 When bribe money from a rigged election funnels into a dam construction project, collusion, lust, greed and even murder are on the ballot.

Unrestricted, just anything Japanese you can find on Letterboxd (including shorts, limited series and documentaries), updated constantly. Reverse chronological order.…