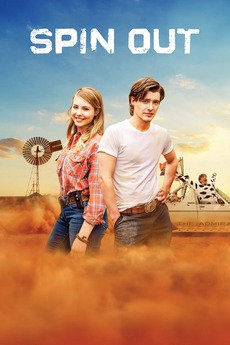 Let love take you for a ride.

Billy and Lucy have grown up together in a small, close-knit Australian country town, where they form one of the town's most formidable Ute driving teams. When Billy takes one risky car stunt too far, Lucy declares she is moving to the city - sending Billy into a spin. Amid the mayhem of the town's annual "Bachelors and Spinsters" party, Billy only has one night to wake up to his true feelings for his best friend - or lose her forever. Spin Out is a fresh, feel-good comedy romance for the young and the young at heart.

current watching progress: (50) you know the drill. cursed content only. recommendations welcome, i will put the hyperlinked name of…

Backpacking Around Australian Cinema - Ozploitation and Beyond...

This list is an ongoing project of mine to keep track of my journey around Australian cinema; including both films…

Slowly updating, let me know if I've forgotten any!

A list of every Australian film made between 2010 to the present day. Slowly adding features, documentaries, short films and…