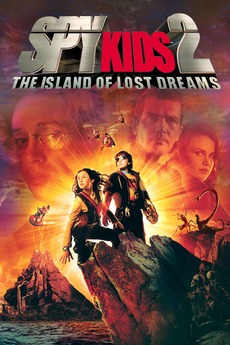 Exploring the further adventures of Carmen and Juni Cortez, who have now joined the family spy business as Level 2 OSS agents. Their new mission is to save the world from a mad scientist living on a volcanic island populated by an imaginative menagerie of creatures. On this bizarre island, none of the Cortez's gadgets work and they must rely on their wits--and each other--to survive and save the day.

Movies where someone thinks about ending things.

Epic trilogies starring Elijah Wood that occurred from 2001-2003, where by the third movie the characters reach a dangerous volcano to complete their mission

every new beginning comes from some other beginning's end

(not just any 9-syllable title, has to be able to be…

Every poster that has the logo exactly in the middle top, middle, or middle bottom of the poster

cult classics of the 21st century

films from the 21st century that were either box office flops or critically panned at first, but eventually found their…