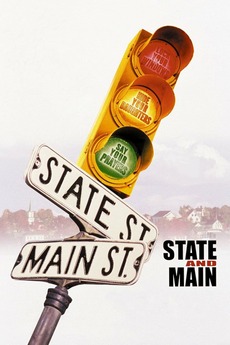 A movie crew invades a small town whose residents are all too ready to give up their values for showbiz glitz.

be it actually making a movie, writing a movie, or any other aspect of filmmaking, these are movies about making…