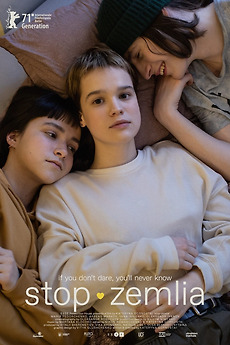 Hanging out with friends, smoking a lot, spinning bottles and kissing, making mistakes, playing, refusing to accept, dreaming with open eyes - life as a teenager can be overwhelmingly beautiful and difficult at the same time. In her debut, the Ukrainian director composes a deeply emotional and multi-layered portrait of a generation whilst seamlessly flowing between the fictional and the documental.